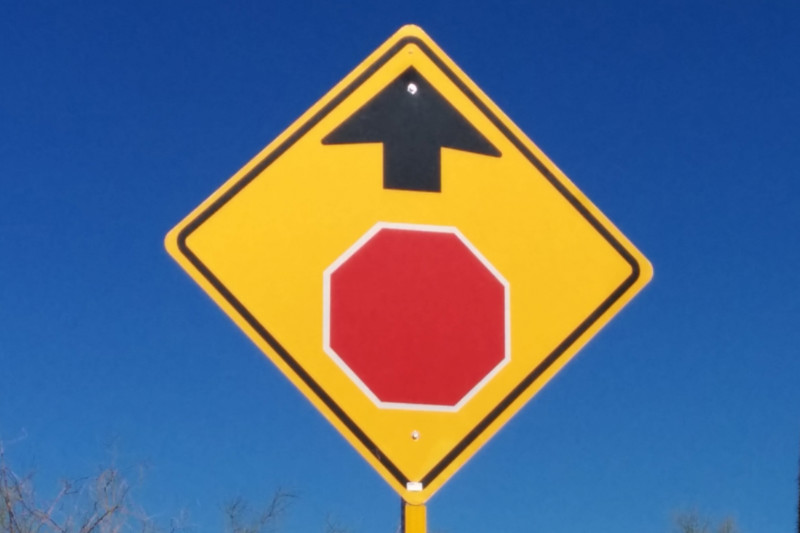 Drive To A Stop

A few weeks ago, after 56 years of driving, my husband gave up his driving licence. The nerve damage that had started in his feet and spread up his legs and into his hands over the past years had reached the point where he recognized he no longer had the dexterity or reaction time to safely drive. He told me he was okay with that. I, however, shed a few tears as we sat in the insurance office, handed over his licence, and transferred our vehicle registration into my name.

He hadn’t driven for several months prior to this. When he had been driving last summer, we’d both been on alert for any changes in his ability. He stopped driving when winter approached, saying he didn’t want me to worry about him driving on winter roads. It’s true I would have worried, but I suspect he worried as well. As spring neared, he received notice it was time for a new driver’s licence photo. This happens every five years in our province. That notice forced us to confront the issue.

Giving up one’s driver’s licence because one no longer has the ability to drive is hard because of both the real changes it brings and all it symbolizes. Loss of independence. Loss of freedom to come and go whenever one pleases. Reliance on others. The end of a particular way of life.

When my father lay in hospital, only weeks away from his death, my brother was reluctant to talk with him about what we should do with his minivan. Even though my father was well aware he was never leaving the hospital, giving up his vehicle would still hurt.

Whenever we went somewhere, my husband did most, if not all, of the driving. On three-and-a-half-day drives to and from Arizona where we spent a few winters. On a magnificent road trip up the U.S. west coast. On scenic drives on vacation in the English countryside. On a stressful winter drive to move our daughter’s car from Vancouver, British Columbia, to Sarnia, Ontario, her new residence.  On drives across the prairies to visit family. Sometimes he’d take an hour or two break in the early afternoon when I took over, but not always.

We both knew this day would come. Knowing and accepting are two different things. My husband, at least outwardly, is handling the acceptance better than I am. I’m getting there.

Dealing with a progressive, degenerative disease like hATTR Amyloidosis, the rare genetic disease affecting my husband, means dealing with loss after loss. This was not the first loss we’d experienced, but, to me, it felt like a watershed moment. One day he had a licence, even if he wasn’t using it to drive. The next day he didn’t, and he would never drive again.

Of course, it wasn’t really that sudden an event. Loss after loss have crept up slowly. Being able to do less and less around the house. Increasing difficulty lifting his feet to step up until one day he couldn’t do stairs anymore. Increasing difficulty maintaining balance until a walker was needed when we went out. Continued loss of strength and balance until the walker was needed indoors as well.

Over the past many months, I have gotten used to doing all the driving and am comfortable with it. I bite back the “I know, I know” words when he gives advice or instruction, at least most of the time.

As we accept the loss of my husband’s driver’s licence, I realize it is more than the licence itself I mourn. I mourn all the other losses that have led up to this moment and the many more losses to come. With each loss, big or small, we grieve, find a way to cope, and adjust to a new way of life.