This summer I brought a short vignette to my writing group. They enjoyed the tone of the piece, but suggested I’d given one of the characters a name better suited to someone kinder and less vindictive than she was. I still haven’t found the right name for her.

Sometimes a writer knows his or her character’s name immediately and the name fits. Other times, the character cannot be fully formed until an appropriate name is found.

Names need to suit the character, the era, and the setting. If Rhett Butler in Gone With the Wind had been named John Dawson, would he have uttered the famous words, “Frankly my dear, I don’t give a damn”?  Can you imagine finding a Paige or a Lexi in a Jane Austen book? Could Heathcliff have lived anywhere other than the moors?

In her book Write Away, Elizabeth George speaks about naming the character Alexander Stone in In The Presence of the Enemy. She’d originally named him Leo Swann and sat at her screen for twenty minutes, unable to write a thing about him. The character was to be a tough, successful entrepreneur who grew up in a working class family, a no-nonsense type of person. When she changed his name to Alexander Stone, she could work with him.

I had a similar experience with one of my stories. I’d written a small amount and became stuck. I realized the character didn’t feel alive to me. I changed her name and was able to move on. I’ve subsequently changed her name one more time. I think I may have it right now. Shakespeare said, “A rose by any other would smell as sweet.” But it doesn’t always follow that a character in a book is as sweet or as nasty by any other name.

There is advice on the Internet on how to find names for your characters. The advice includes matching the root meaning of a name to the character, borrowing from a friend, using your pet’s name or street names, combining names of famous authors, paying attention to movie credits, and getting out a map. You can have fun with names following this advice, but finding the right name still seems more of an art than a science.

If you are a writer, how do you name characters? As a reader, are there any character names that stand out because of their appropriateness or inappropriateness? 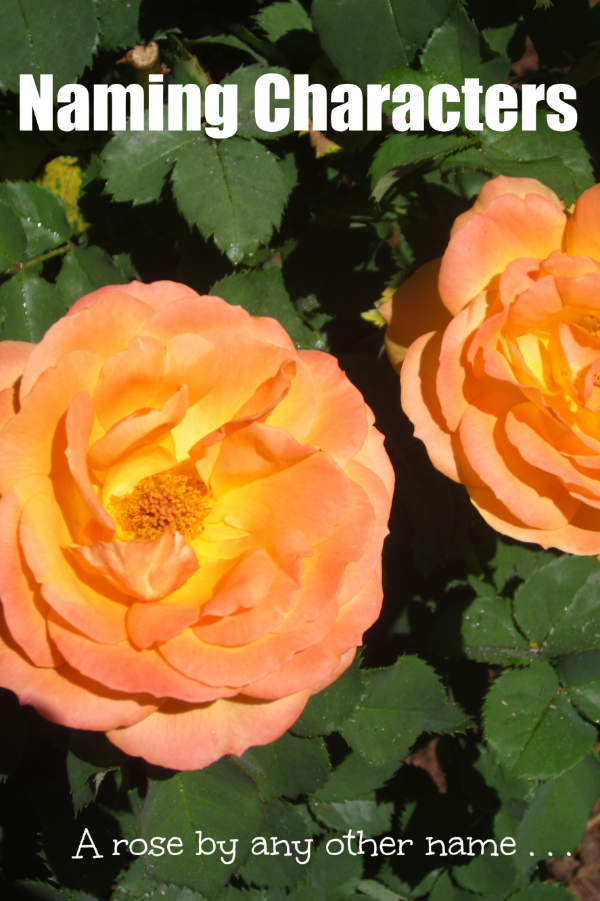